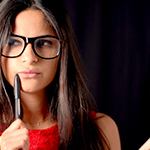 This guest blog by Yazmin Joy Vigus from Aliljoy,  is for all the #Happenistas out there. The women who want to make it happen in their own unique style.  Take a read and join the #Happenistaproject

The world is changing, and fast. Technology is speeding up the evolutionary process. And

I’m here to tell you a little rebellion in business goes a long way. Why? Because rebellion

constitutes you think outside the box, challenge popular thinking and move with the times.

‘Education is what remains after one has forgotten what one has learnt in schools.’

Institutions are all well and good when you are starting out in life. They provide structure,

educate and form social tribes in which all humans instinctively wish to belong. But while

interest him and start dropping in to the ones that did. By creating his own pathway,

outside the traditional methods and social expectations, he went on to found Apple and

Pixar and leave an incredible mark on the world.

I am not suggesting you drop out of college. Education is a powerful tool, but don’t be

afraid to ask questions, be curious and explore new ideas as well as question old ones.

‘When you fall in love with the system, you lose the ability to grow.’

Who wants to be ordinary? Anyone get up and think to themselves, pour me a cup of

mediocrity this morning?! Nope, didn’t think so. I want to give you the encouragement to

be extra-ordinary and live beyond the limitations set in front of you.

In the movies, the hero traditionally goes on a journey. In their town they might be seen as

a bit of a rebel, a bad-ass if you will.

They are restless and unsatisfied with the way things are. Or, alternatively they are

completely defined and moulded by the system to the point they have stopped growing.

But whatever the hero’s starting point, they all have a quality that sets them apart from the

crowd: the desire or need to grow beyond the system in both character and skill. The

desire to challenge life is an act of rebellion that is inherent in most heroes.

‘I want to put a ding in the universe.’ Steve Jobs.

The more you grow and discover, the more you will want to challenge the status quo. This

take you ahead of the game.

Before Muhammed Ali, the average boxer had terrible footwork. But Ali found innovation in

the sport by challenging the traditional fighting methods.

dance-like footwork combined with sharp, powerful jabs he created a new style that

changed the face of boxing. Ali played the sport, but challenged the method. A master

class in how to rebel within the game to leverage your career.

Most people like comfort and consistency. I know I do. Who wants change? Change is

inconvenient, uncomfortable and risky. But if you are an entrepreneur or leader you must

Rebels take risks. Educated risks, but risks all the same. The people who are paving the

and setting your organization’s new rules loose in an industry too afraid to change.’

The rebel we are talking about isn’t rebelling to be difficult, instead he has seen an

opportunity. And where there is a gap in the market, there is a potential for success.

From William Wallace to Abraham Lincoln, Steve Jobs to Nelson Mandela, each of these

the future. Instead of looking at how the world was, they envisioned what the future could

Don’t get me wrong, rules are important. Respecting traditional models and having values

IS important. I’m not suggesting you march out of your house in your underpants and start

committing mindless acts of defiance. (THAT’S NOT WHAT I MEAN. PLEASE DON’T DO

with the intent of growth.

While others live within the confines of popular beliefs and limitations, the rebel strives to

live beyond the ordinary. He’s a rule breaker! An ass kicker (in the most positive way).

visionary who wants to initiate positive change and impact the world in a new way.

Now isn’t that some food for thought!

Jenny Garrett is the Award Winning Coach and founder of Reflexion Associates, a leadership and coaching consultancy. She’s also the author of Rocking Your Role, a how-to guide to success for female breadwinners.