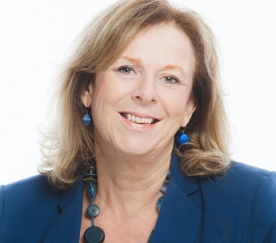 I am delighted to share a guest blog from Dorothy Dalton, guest on the Rocking Your Role Radio show, packed full of useful information.

Why we should talk about family planning in the workplace
National legislation in most developed economies and certainly EU guidelines, prohibit employers asking women discriminatory questions about their family planning and childcare arrangements, although I know for sure illegal questioning still takes place. The reason for this is that the same questions are not posed to men. I’m Ok with this.
What this has produced in many organisations, especially those with a high number of female employees, is a situation that no one talks about openly. These conversations take place in covert meetings behind closed doors, where managers ponder anxiously in hushed tones:

What if she gets pregnant?
One contact who runs a department of 40 women in the financial services sector, with 70% of her team being of child baring age, told me that if all her reports became pregnant at the same time (which is not beyond the realms of possibility) she would be ”absolutely screwed.“

Outmoded
Corporate business models are currently generally based on two factors:  a fully functional  nuclear family which in many societies is being eroded and there being a distinct divide between  domestic (usually childcare) and revenue generating responsibilities. Here each partner tends to assume a point role on each side of that divide, women focusing on childcare and men on revenue generating.  This model which exists to various degrees in different parts of the world, is outmoded and impacts both men and women equally.
Happily, I am hearing increasingly about women who have openly declared their pregnancy in an interview process, and being successful. One organization actually kept the position open for the woman who was their first choice candidate. Another, who was being groomed for a senior role, told her manager of her plan to have two children in the next seven years. She and her husband have even frozen her eggs and his sperm, in case nature doesn’t oblige.
Fathers in the workplace tend to be viewed more highly, not just above women, but also above men without children. Women are considered to be a flight risk and childcare a disruption. So although we hear about the “Daddy Factor” where men are perceived positively for family involvement, most say that if this actually manifests itself in a substantial time commitment, then that perception would rapidly shift to become career suicide.

Open dialogue
What I would like to see is instead of these discussions being brushed under the carpet, is for them to be very open with both men and women alike. Parenting leave and other HR practices can then be factored into all succession planning in a structured and strategic way.
What women need are mentoring programmes from successful   senior women who have “walked in their shoes” to show them that all things are possible for new parents. Re-turnships would also be beneficial for women who have taken time out for parenting to come back into the workplace.
Advanced economies and businesses need growing populations to survive. So to make the natural process of having and caring for our children something that we avoid talking about in business, seems to me a recipe for disaster.     An open conversation will encourage companies to adapt sooner rather than later to the changes that are taking place in our wider cultures and allow both employees and employers to plan accordingly.
You can view Dorothy’s interview on You Tube
Jenny Garrett is the Award Winning Coach and founder of Reflexion Associates, a leadership and coaching consultancy. She’s also the author of Rocking Your Role, a how-to guide to success for female breadwinners.