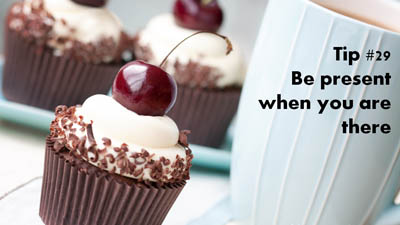 How to Ditch the Guilt

Feminist writer, Erica Jong, wrote in her 1973 novel the Fear of Flying: ‘Show me a woman who doesn’t feel guilty and I will show you a man’. While some 21st century men might groan in protest at this slightly skewed view of the sexes the statement holds some truth even today.
A survey by Stylist Magazine in 2010 found that 96% of women feel guilty at least once a day. Friendships, relationships, work and body shape, were the main causes. Of the 1,324 women and 55 men questioned by the magazine, 92% claimed that men felt less guilt than women.
I have to admit that I have also found this. In my work as a leadership coach and author I’ve noticed that the Achilles heel for many senior female leaders and female breadwinners is often guilt. I find women more than men have internalised this feeling as if it were a natural part of being. Guilt is almost like an accessory that they carry around all day like a heavy handbag making them weary and imposing on every aspect of their lives.
It’s such a shame as guilt is a useless emotion that is simply just a platform for wishing and imagining. You wish you could spend more time with your children and as a result you might imagine them crying all day long when you leave to go to work. Guilt doesn’t allow you to live in the reality that your child probably stopped crying the moment you left or that you actually really enjoy your job as much as your family life and don’t want to sacrifice time there.
This place where we feed fears leads to poor health and poor decision making. You might for example feel the only way to alleviate guilt brought on by your position as the main earner is to become a stay-at-home mum or to leave work early. But would sacrificing your career to feel less guilty really help anyone?
What feeds your guilt? We all have buttons and unfortunately those closest to us seem to know how to activate ‘guilt trip’ mode – especially kids. In my book Rocking your Role: the ‘how to’ guide to success for female breadwinners I suggest it’s time to ditch the guilt once and for all. The framework I set out isn’t designed to make you an unfeeling robot but a more emotionally stable person who can see things for what they are and get on with enjoying life!
Here are a few tips on how to ditch the guilt for good:
Stop beating yourself up– being the main earner should be an enjoyable time for you so stop turning it into a nightmare and accept things for what they are. You might not be able to do it all but you shouldn’t beat yourself up about it. Constantly battling yourself will derail your family, career and health.
Replace guilt with trust – you need to trust that for others to be happy you don’t have to be unhappy. Trust that others can cope and that you don’t need to control everything. If you share responsibilities be it with your family or partner you will be relieved from guilt because the load is no longer all on you.
Don’t be a martyr – women can be infuriatingly self-sacrificing sometimes, never allowing themselves to do things for their own happiness, splurge on treats or say no to people for fear of letting them down or not appearing perfect. Often this puts us in a position of the martyr but remember self-sacrifice is ultimately never really rewarded or appreciated so don’t let guilt inform this sort of decision.
Give 100%-don’t sit at work thinking you should be at home with the kids and likewise don’t sit at home with the kids thinking you should be at work! Give 100% whatever the situation and don’t let guilty thoughts distract you from having a good time and enjoying yourself.
If you leave your guilt about being the main earner unchecked it can become the centre of your universe very quickly. It can lead to heated arguments, depression or even poor decision making.  Guilt will drain your energy and take away from the freedom you have to enjoy your life and time with loved ones. So don’t let it win, ditch your guilt today.
I am Jenny Garrett, Executive Coach, founder of Reflexion Associates, a leadership and coaching consultancy and author or Rocking Your Role – the how to guide to success for female breadwinners. Find out more about me, my programmes, speaking engagements and training at rockingyourrole.com