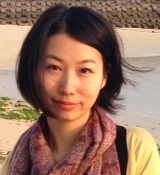 I am so pleased to feature this guest blog from Akane Odake. Akane is a Japanese journalist who attended one of my talks and has kindly written an enlightening blog on attitudes to Women Breadwinners in Japan.

I was really surprised by the fact that in the UK men now make up nearly 10% of those who care for children while their partner goes to work, a result of rise in female breadwinners. In Japan, where I am from, such cases are extremely rare. (I could not find an exact number, and seems like this kind of data may not even exist.)
Japanese gender equality is sadly low; according to the latest Global Gender Gap Report by the World Economic Forum (WEF), it ranks 101 out of 135 countries.
One of the many reasons for this low rank is due to the lack of women in the workforce. Because of insufficient childcare, long working hours, and traditional views on gender roles, nearly 70% of Japanese women leave their jobs after having their first child. As a result, the pay gap between men and women remains huge in Japan.

I remember that when I was working in Tokyo, there were several working mothers at my office. Generally, their husbands do not have much time to take care of their children, since they work crazily long hours. As a result, most of the burden of childcare was on the working mothers. They go to kindergartens in the morning to drop their children off, come to work, go back to kindergartens around 5pm to pick them up and then take care of their children alone until their husbands come home around 9 or 10pm, continuing the work the mothers could not finish at the office. They seemed to be super busy all the time. Looking at them, I thought it was impossible for me to keep my job and raise children at the same time.
However, there is a sign of change, or to be more exact, there is a need for change, too. As Japan has the world’s fastest ageing society and is rapidly losing its working population, people have started to realise that women’s participation in the workforce is necessary to boost the economy. In fact, Christine Lagarde, Managing Director of IMF, told reporters “women could actually save Japan”. Of course, there is so much to be done to make it possible, such as better pay, a more flexible work culture, better childcare, changing traditional view on gender roles, just to list a few.
Coming from that kind of country, attending Jenny’s book reading and being surrounded by so many female breadwinners was like finding myself in a world of science fiction. At the same time, it was really refreshing to know that if the situation allows, women can keep working and make money like men do. (Yes, the belief of “women are not good at business” is still widespread in Japan…) I really hope that like me, more Japanese women can receive a positive influence from British female role models and help move Japan toward progress in the near future.
You can contact Akane on odake.akane@gmail.com
Or feel free to contact me on +44 (0) 844 776 4744 or email jenny@reflexion-uk.co.uk
I am Jenny Garrett, Executive Coach, founder of Reflexion Associates, a leadership and coaching consultancy and author or Rocking Your Role – the how to guide to success for female breadwinners. Find out more about me, my programmes, speaking engagements and training at rockingyourrole.com and sign up for my newsletter